Is Allie Dead in The Mosquito Coast Season 2?

The Mosquito Coast Season 2 Episode 10 (“Eulogy”) and the conclusion of Season 2 are both heavily spoiled in this article.

Folks, it’s done now. The good news is that Eulogy feels like a legitimate finale, which means we probably won’t have to put up with it any longer. Even though I believe this to be one of the poorest and most meaningless shows on television, you have to give credit where credit is due because that’s becoming an increasingly uncommon occurrence these days. 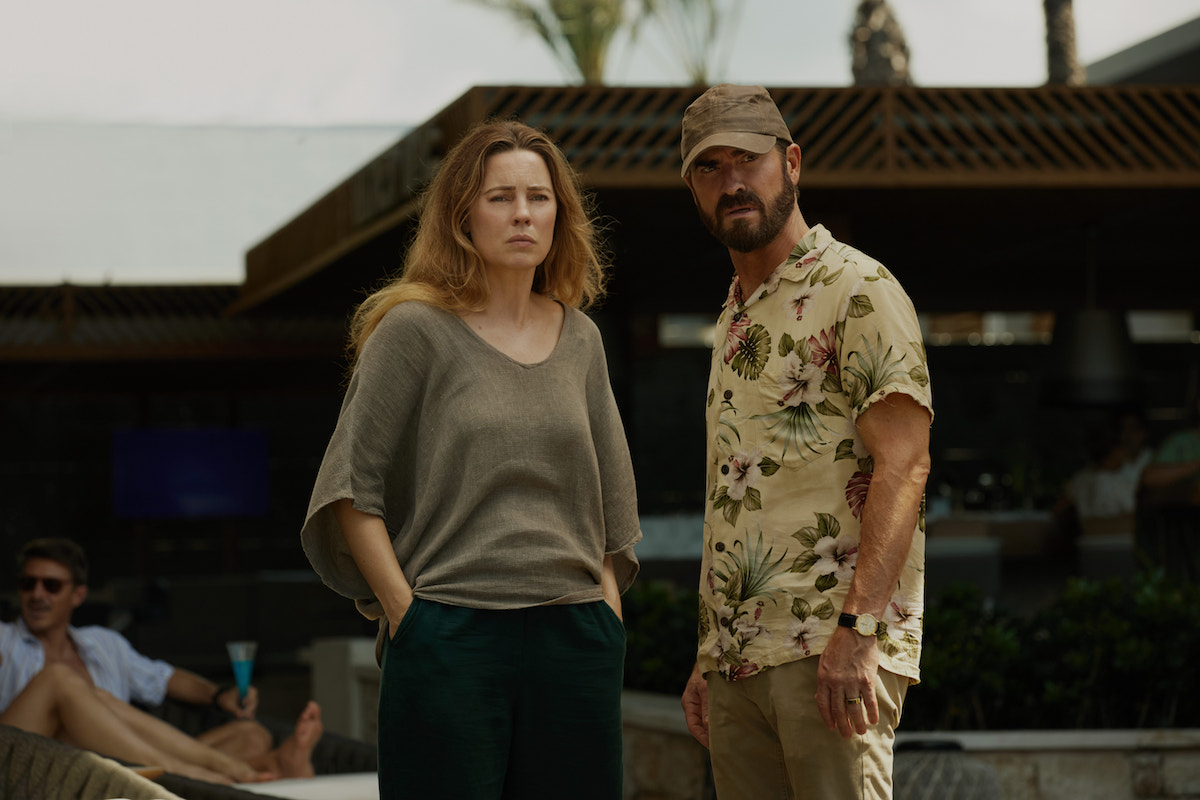 The fact that the climax begins with what is unmistakably intended to be an emotional burial for Silvia in Casa Roja is a good illustration of how The Mosquito Coast misunderstands its own appeal. We have no idea who this character is, why she seemed to be so essential to this group, or how we should feel in her absence, so I knew you needed me to give you her name.

Anyway, when Allie visits Dina at the opulent hotel where she has been staying to meet her, the real action, if you can call it that, picks up. If you recall, she came to the realisation that she wasn’t really a fan of ‘normality’ in The Mosquito Coast Season 2 Episode 9. She admits to her father that she doesn’t truly understand what normalcy is, though. She has no place to go after leaving. She is dependent exclusively on her family, and they have lied to her for the majority of her life. She asks Allie to think of a solution to this issue, but as you could expect, he fails.

When Margot finally arrives, Allie proposes that they abandon Casa Roja and move to the Mosquito Coast where they would establish a self-sufficient homestead that would be exclusively theirs. Everyone, with the exception of Charlie, is plainly not really enthusiastic about this plan. Charlie loses it, and Margot and Allie begin to argue. The writer attempts to convey his seriousness by having him swear at an extremely unnatural frequency, which rapidly turns into pretty amusing. This is definitely meant to be his big moment when he finally lets all he’s feeling out on paper. It’s another another instance of the show having a good concept in theory but having no idea how to execute it in practise.

Since they’re going to destroy the construction project by making the developers confess to their many crimes against the world via live stream, it just so happens that Richard and Guillermo’s guys are at the same hotel. Even if the entire affair is a little disorganised, ends way too quickly, and builds to a conclusion that is entirely unsatisfying even though it looks decisive, it at least offers us some semblance of danger for the finale.

So, this is what transpires. As is customary, Margot and Allie discuss their future moves as Charlie and Dina follow Richard by themselves. When Allie and Margot learn that the children are missing, they reconnect with Dina and attempt to rescue Charlie before the bombs detonate and gunfire begins. Charlie confronts Richard and becomes entangled in the hostage crisis.

Allie climbs the rear stairs to find a different entrance to the conference room as Guillermo and William arrive, and Guillermo quickly dispatches Charlie with the use of a flash grenade. Allie detonates the explosives, supposedly killing everyone — William, Guillermo, Richard (who was shot by William anyhow), Guillermo’s sister and father, and the developers — as well as himself, but buying the rest of his family time to run. However, William shoots Allie in the back as he flees.

Isn’t that garbage? Like, everything happens in a matter of minutes, and we’re just expected to accept it without questioning the logistics—like how unusual it is to have pretty much all of the main characters present in the same space at the same time, or how abrupt Allie’s (claimed) demise is. We are instead given a romantic, happy ending in which Dina creates the ice machine that Allie helped him design to supposedly help the family survive on the Mosquito Coast, where they ultimately wound up, without any actual compensation to the continuous character storylines.

This show’s conclusion in a way feels appropriate given that it was never able to get a second season in the first place. It’s the tepid finish it deserves, and hopefully a much-needed one to seal its demise.

Is the Mosquito Coast Going to Have a 3 Season?

What Is the Location of Netflix’s Woman of The Dead?

Will the Fourth Season of The Apple Original Horror Series Servant Conclude in Style?

Is the Mosquito Coast Going to Have a 3 Season?