Bad Vegan: Who is Shane Fox and Where is He now? Shocking New Netflix Documentary Reveals Infamous Fraud Scene

Today marks the official release of Shane Fox’s “Bad Vegan,” which has left many wondering who he is and where he is right now in all of this mayhem.

Sarma Melngailis succumbed to Shane’s enticement, believing him to be the love of her life, who promised her a prosperous business, an immortal life for her dog, and everlasting love.

In the wake of the release of the documentary Bad Vegan, which tells her narrative, her life has become a hot topic.

Who is Shane Fox, and where is he right now?

On September 10, 1972, Anthony Strangis, better known as Shane Fox, was born in Brockton, Massachusetts. When he was a child, his parents divorced and his mother was denied full custody, so he was raised by both of his parents and eventually moved home with his father permanently when he became older.

Shane Fox has been dubbed a conman for stealing $1 million from trades and Pure Food and Wine employees. During this time, he took advantage of his ex-wife, Sarma Melngailis, who he had influenced emotionally in his favour. 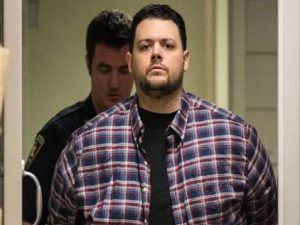 His sentence consisted of five years of probation and a year in jail after he admitted to four counts of fourth-degree grand larceny.

At the time of this writing, he is said to be living at his Massachusetts home and has been keeping a low profile until the completion of his probation in May 2022.

On Twitter in 2011, Shane Fox met Sarma Melngailis, Bustle reports. Initially, she thought she’d found the man of her dreams who might help her launch her raw-vegan hotspot, Pure, and Wine, but it turned out to be her worst mistake.

When the ex-couple first met in November of 2011, she became pregnant and aborted the pregnancy before the first trimester according to an explanation published by Vanity Fair. 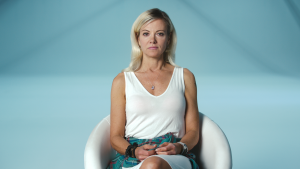 In December 2012, Shane and Sarma got married despite the fact that they had been through a hard patch in their relationship. Shane’s romance with her appeared too good to be true, yet it was. The restaurateur was obligated to follow all of his instructions.

Some of this cash were spent at Foxwoods Resort Casino in Connecticut, $200,000 at Mohegan Sun Resort Casino, more than $80,000 in Rolex and Beyer boutiques, and over $70,000 at hotels in Europe, New York City and the Caribbean, and $10,000 on Uber car journeys. The paper also states that he withdrew “hundreds of thousands of dollars” in cash.

A promise made by Shane convinced Sarma to give him money and take part in a series of tests without questioning his motives.

In May 2016, the couple was detained while ordering pizza at a motel in Tennesee after stealing $2 million from her restaurant business and fleeing the country.

True-crime film Bad Vegan is based on the tale of Salma Melngiilis and her ex-husband, Shane Fox, who was convicted of fraud.

From “Queen of Vegan Cuisine” to felon, Sarma Melngailis’ story is told from the inside out, with the focus on her husband’s manipulation as the key factor.

Veggie Queen Sarma Melngailis has been dubbed the “Vegan Fugitive” by the tabloids after falling for a wealthy New York restaurateur who promises to fulfill all of her fantasies. A complex tale of love gone criminal involves millions of dollars, immortal dogs, meat costumes, and other bizarre elements.

Horoscope 15 May 2022: This Zodiac Sign’s Success Will Be Yours, Don’t Blame Your Mistakes On Others.