Johnny Depp made his film debut in Wes Craven’s 1984 gothic horror picture “A Nightmare on Elm Street.” The film received positive reviews from reviewers and was a huge box office hit, collecting more than $57 million on a $1.1 million budget. He went on to act in films including ‘Private Resort’ (1985), ‘Platoon’ (1986), and ‘Cry-Baby’ after his debut (1990).

He played ‘Edward Scissorhands’ in Tim Burton’s American fantasy romance film ‘Edward Scissorhands’ in 1990. The picture received favorable reviews at its initial release and was a big financial hit. Depp was also nominated for a ‘Golden Globe Award’ for his role in the picture. He had a cameo appearance in Rachel Talalay’s American slasher flick ‘Freddy’s Dead: The Final Nightmare’ the following year. Despite the fact that the picture earned terrible reviews from critics, it was a financial success.

Depp went on to star in films such as 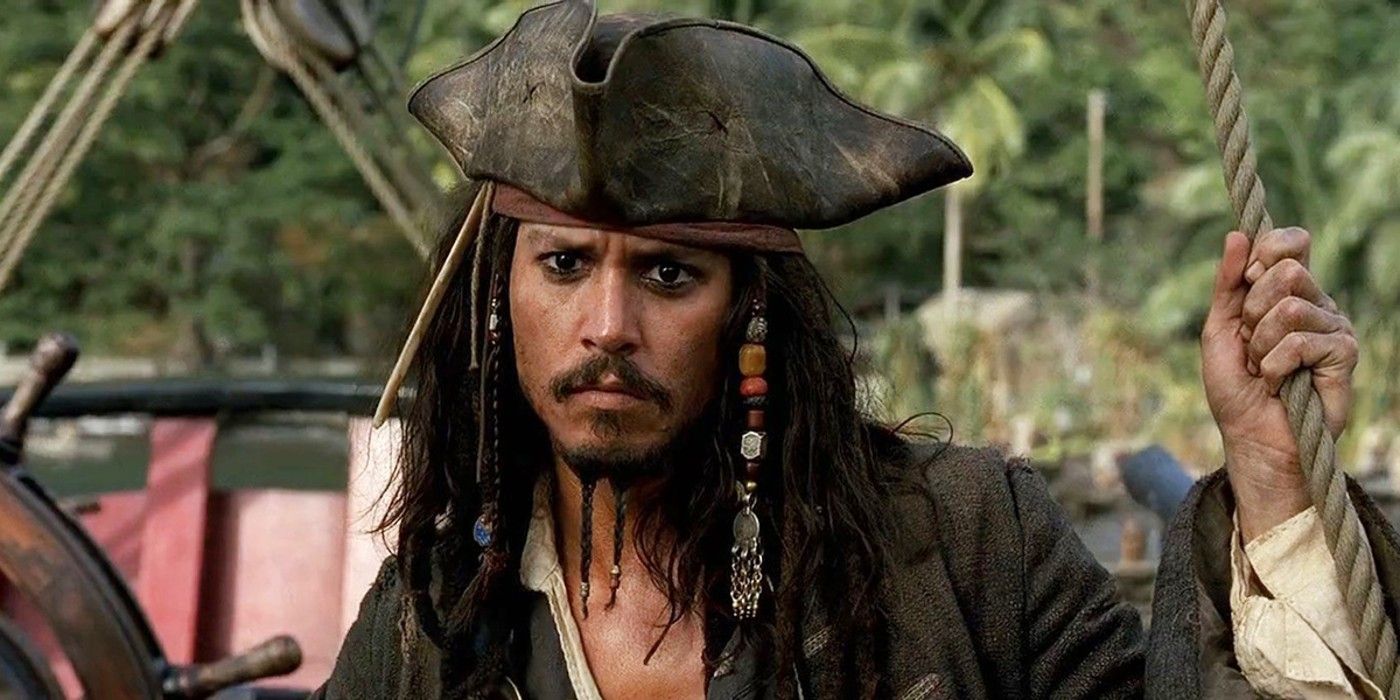 In 2003, he played ‘Jack Sparrow’ in Gore Verbinski’s American fantasy swashbuckler film ‘Pirates of the Caribbean: The Curse of the Black Pearl.’ The film garnered largely good reviews and was a huge box office hit, collecting more than $654.3 million on a $140 million budget. Depp was also nominated for an Academy Award for his performance in the picture.

He was nominated for another ‘Academy Award’ for his depiction of ‘Sir James Matthew Barrie‘ in Marc Forster’s 2004 historical drama film ‘Finding Neverland.’ The picture received a great response upon its release and was a huge financial success.

In the 2016 fantasy picture ‘Fantastic Beasts and Where to Find Them,’ directed by David Yates, he portrays ‘Gellert Grindelwald.’ The film received positive reviews from reviewers and was a box office hit. In the 2017 American swashbuckler fantasy film ‘Pirates of the Caribbean: Dead Men Tell No Tales,’ Depp resumed his role as ‘Captain Jack Sparrow.’ Critics were mainly critical in their assessments of the picture.

In ‘Fantastic Beasts: The Crimes of Grindelwald,’ Depp reprised his role as ‘Gellert Grindelwald,’ the sequel to the 2016 film ‘Fantastic Beasts and Where to Find Them.’ Upon its initial release, the film received mixed reviews. He was most recently seen in Andrew Levitas’ 2020 drama picture Minamata.’ The film premiered at the Berlin International Film Festival and was well welcomed by critics upon its release.

Related – Amber Heard Age Gap with Johnny Depp – One of the Reason of Their Split?

A slew of witnesses put to the stand Monday painted Johnny Depp as the victim in his relationship with Amber Heard, stating that the actor was punched, “canceled,” and lost out on a $22.5 million movie deal due to his vengeful and abusive ex-wife.

The jury in Depp’s defamation lawsuit against Heard in Fairfax, Virginia, heard about the ex-tumultuous couple’s relationship, including how the actress allegedly once threw a can of Red Bull at the “Pirates of the Caribbean” star and called him an “f–ing deadbeat dad.”

The jury also heard how Depp’s career had been “devastated” by an op-ed by Heard, 36, in which she described herself as a “public figure symbolizing domestic abuse.”

According to Depp’s talent manager, Jack Whigham, the 2018 essay sank a $22.5 million contract with Disney for Depp to resume his role as Captain Jack Sparrow in the “Pirates” franchise.

“It was impossible to get Johnny a studio film after the op-ed,” said Whigham, who has been Depp’s agent since 2016.

The 58-year-old actor was not named in the Washington Post column that is at the core of the ongoing trial, but he believes it clearly mentioned him and cost him tens of millions of dollars.

Heard’s lawyers went to great efforts to prove that the actress’ claims were far from the only thing about Depp that would make moviegoers uncomfortable, including the time he implied he wanted to assassinate then-President Donald Trump and his history of showing up inebriated to events.

Meanwhile, Depp’s lawyers questioned McGivern about alleged violent occurrences he witnessed during his nine years working for Depp, attempting to portray Heard as the crazy one in their relationship.

On the evidence, the security guard said that Heard once slugged Depp on the left side of his face during a quarrel in their Los Angeles penthouse in 2015.

Depp’s reaction echoed McGivern’s: “The initial look on his face kind of reflected mine, kind of a look of shock.”

According to the bodyguard, Depp “had a beautiful little shiner” from the punch, saying that his face was swollen and red in the aftermath and that he did not retaliate.

McGivern claimed he saw Heard’s verbal assault on Depp, including how she referred to the father of two as an “f—ing deadbeat dad” and an “f—ing cunt. The bodyguard testified that he was previously the target of Heard’s rage, saying she “demeaned” and insulted him for his chosen job. “She referred to me as a ‘yes guy,'” he explained. “It cast some doubt on me and my chosen profession.”

Heard claims Depp physically and sexually abused her during their relationship, but he denies the claims, accusing her of being the violent one. Erin Falatai, Heard’s former nurse, told the jury about text messages from the actress that included photographs of her red and bruised face.

“I’m not an expert,” Falatai said when asked what she thought of the photographs. I mean, there’s a color on her face in various locations, and I’m not sure what it is.”

In 2016, the “Aquaman” star filed for divorce from Depp and secured a temporary restraining order against him, alleging that he mistreated her while inebriated.

Whigham, Depp’s agent, said the actor was still able to work after the allegations of abuse surfaced in 2016, earning $8 million for “The City Of Lies,” $10 million for “Murder on the Orient Express,” and $13.5 million for “Fantastic Beasts: The Crimes of Grindelwald.” The films were shot in 2017 under contracts signed before Depp’s claims surfaced.

But, as Whigham testified, it was difficult to find Depp’s work following the op-ed, and it was evident by 2019 that he wouldn’t be reprising his role as Jack Sparrow on the big screen.

Depp’s lawyers also brought a Hollywood attorney as an expert witness to describe how Heard’s article “canceled” the A-lister. 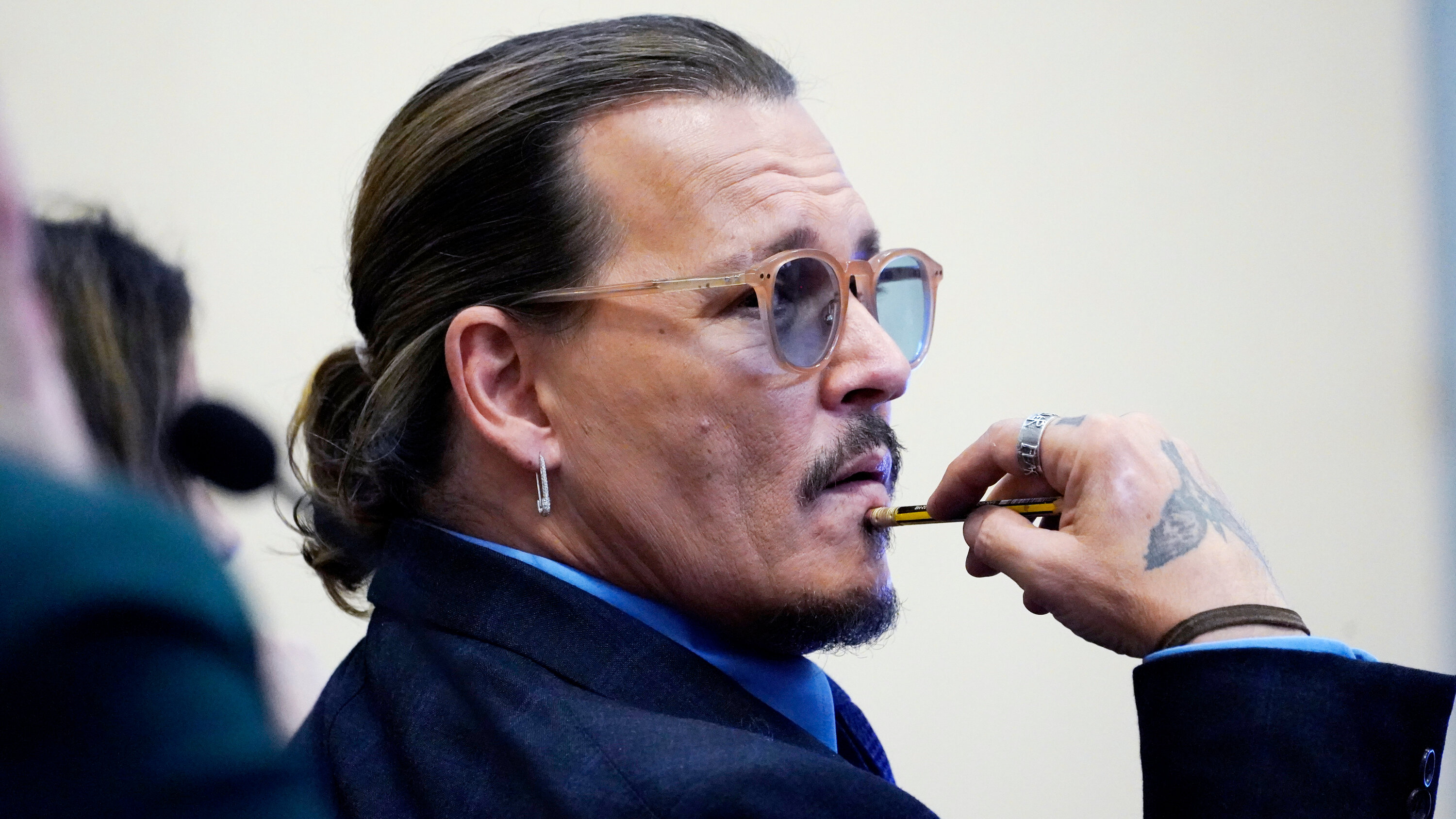 “You wouldn’t want criticism recruiting an actor who had been canceled,” Richard Marks said, adding that “family-friendly” Disney wouldn’t want their name connected with a performer accused of sexual misconduct.

Douglas Bania, an expert witness in intellectual property damages and values, was also called by Depp’s team. In the aftermath of the op-ed, he testified on his study of the actor’s public perception.

Heard, according to Bania, “significantly harmed” her husband’s reputation.

“Mr. Depp’s public image has been tarnished,” he told the jurors, adding, “They like him less.”

Heard has not yet testified, but could do so by Wednesday. She fired her PR company and recruited a new one over the weekend, according to The Washington Post, in a last-minute attempt to better position herself in the press as the closely watched case continues.

Dr. Dawn Hughes, a clinical and forensic psychologist, will be the first witness summoned when Heard’s lawyers begin presenting their case, according to The Washington Post.