Amber Heard and Johnny Depp are still battling it out in a Virginia courtroom five years after their divorce, this time over a $50 million defamation suit filed by the Pirates of the Caribbean star. Depp claims that Heard’s Washington Post op-ed has tarnished his reputation and ruined his Hollywood career. Both Depp and Heard’s futures have been clouded in recent years by the numerous allegations and counter-allegations that have been made public. Both of them have spent a lot of time in and out of court, and as a result, they’ve lost a lot of money.

A Snippet of Johnny Depp’s History

The actor, whose real name is John Christopher Depp, was born on June 9th, 1963, in Owensboro, Kentucky. Miramar, Florida became the family’s new home when his parents split up at the age of 15. At the age of 16, Johnny Depp dropped out of high school to focus on his music career. He was a guitarist in the band The Kids. 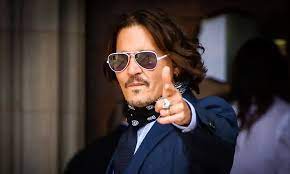 The band regrouped under the name Six Gun Method after relocating from Florida to Los Angeles. Depp’s first wife was Lori Anne Allison, the sister of Six Gun Method’s bassist and vocalist. According to Style Caster, Depp and Allison divorced in 1985 after the band broke up in 1984.

Depp’s Net Worth After Divorce

Depp’s fortune has a value of over $1 billion. Johnny Depp’s net worth is estimated to be $150 million, with an average of $20 million for each film, according to an article in HITC. Beyond his work on Pirates of the Caribbean and Fantastic Beasts and Where to Find Them, Johnny Depp has made a lot of money from a variety of projects. After dating Amber Heard in 2012, Johnny Depp married her in 2015 without a prenup. A temporary restraining order against Johnny Depp was issued in 2016 after Heard filed for divorce, stating that Depp frequently verbally and physically abused her while under the influence of drugs or alcohol. In 2016, a settlement was reached between Heard and Depp, and their divorce was finalized in 2017.

For her “married lifestyle,” E! reports that Heard has asked for $50,000 per month in spousal assistance from Depp. However, her legal advisor then reversed her decision. Both Depp and Heard agreed to a divorce settlement of $7 million, according to sources.

Related: Amber Heard Net Worth in 2022 – Aquaman Actress’ After Divorcing Johnny Depp How Much Alimoney is She Demanding?

He agreed to pay the remaining $6.8 million to Heard over a 15-month period commencing in December 2016 as part of the settlement agreement. By contributing $14 million to charity, Johnny Depp “should respect the whole amount,” stated a spokesperson for Heard in a statement to E! News. After accounting for his tax deduction, it is “equal to his $7 million payment obligation to Amber,” he said.

Before her breakout role in All the Boys Love Mandy Lane in 2006, Heard had appeared in such films as Friday Night Lights, North Country, and Spin. Before making her Aquaman debut in 2018, she appeared in Pineapple Express, The Joneses, Zombieland, and Magic Mike XXL.