Selena Gomez has been a bonafide icon for years, whether you remember her from Wizards of Waverly Place or you adored her Rare album. And Gomez’s hair has changed dramatically throughout the years. She’s had bobs, shags, and princess’s hair, and she even dabbles in blonde. The former Disney Channel actress has done it all, and she has done it in style.

Gomez initially rose to stardom in 2003 with the film Spy Kids 3-D, and it’s been nearly two decades. Since then, she’s featured alongside Steve Martin in Only Murders in the Building, won a Grammy for her Latin Pop Album, hosted her own culinary program, created her own beauty brand, and was the most followed person on Instagram for nearly three years at one point. She’s had the chance to sport a variety of hairstyles throughout her amazing career. She’s not afraid to cut her hair short, long, or experiment with different colors.

She’s had several distinct looks before she became a Hair Icon. Here’s a look back at some of her best and most thrilling hairstyles over the course of her nearly two-decade career.

Gomez chose a 2007 classic: big side bangs, for one of her first red carpet appearances. She feathered the ends of her bangs to nearly completely hide one of her eyes, just like all the cool ladies in my middle school.

Selena Gomez in Blunt Bangs in 2008

Selena Gomez switched up her bang style in 2008, choosing harsh, long bangs that spanned her entire forehead. Her lob is also mono-length, so the rest of her hair followed suit, complete with pointed bangs.

Gomez’s black hair was lightened to a delicate bronde balayage while she attended the Teen Choice Awards in 2012. Long layers stopped around her waist in this ombré ensemble.

Read More: Ethan Suplee Before and After: Check out His Incredible 2022 Weight-Loss Transformation with Photos

Every brunette celebrity must attempt to blonde at some point in their career, and Gomez did so in 2017. For a lived-in look, she opted platinum blonde with peek-a-boo roots.

Gomez was one of the first celebs to join the shag bandwagon back in 2019. Her ’70s style was blown out, with wispy curtain bangs and modest low lighting to add dimension. This look is still incredibly popular three years later.

For her 2020 haircut, Gomez showed off her gorgeous, natural curls. Her choppiness allows each curl to bounce to the max, and her dark hair’s chestnut and copper tones really pop.

Selena with long hair and loose waves in the year 2021

Gomez wore her long hair in waves and loose wavy curls in 2021, bringing back the length. Her hair has a subtle balayage look around her jaw and below, lightening her basic dark brown.

Read More: Jonah Hill Before and After Transformation: See how He Loss Weight with Photos

The originator of Rare Beauty is now serving businesswomen with a capital B in the year 2022. This low-maintenance cut is great for Gomez, who has a cosmetics line, a singing career, a comeback as an actress, and her own cooking show.

Read More: Mama June Shannon Before and After: Look After Complete Her Weight Loss Journey with Photos

Selena with a long, sleek ponytail in the year 2022

Gomez debuted a new length on the 2022 critics’ choice awards red carpet, only months after debuting a low-maintenance bob. her sleek, long ponytail is a look the actress adores, especially for special occasions, and I’m always up for a throwback moment. 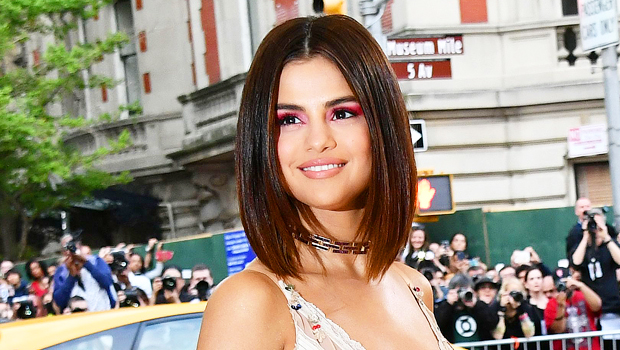 Selena with brow-length bangs in the year 2022

In 2022, Gomez changed up her hairstyle, even more, cutting her smooth lob into a shaggy, textured bob with wavy bangs. While she’s had bangs previously, we haven’t seen them precisely like this, undone and unkempt, with the exception of when she went curly on social media in 2022.

Horoscope Today: 29 June 2022- These Zodiac Signs’ Destiny Will Sparkle Like the Sun