How the Inception Ends (In Detail)

The initial version of this article published on Ready Steady Cut.

Even though the movie Inception has been out for 13 years, the cinema world continues to argue over what the finale implies. We explore the conclusion and go into great detail on what it means.

With his movie Inception, director Christopher Nolan invited viewers to follow him down a rabbit hole of dreams within dreams that left many people in theatres around the world spinning.

The character of Cobb, played by Leonardo DiCaprio, is a thief tasked with stealing business secrets by penetrating someone’s dreams and reading them from the subject’s head. But at its foundation, the movie is an examination of the personality of a guy who is plagued by his own demons.

Numerous guidelines are provided throughout the film concerning when the characters are dreaming. They can manipulate gravity and physics, as well as create and destroy entire cities at will. In a dream, time moves differently, and it slows down even more once you begin to dream within a dream. If you pass away while dreaming, you simply awaken.

What Did the Ending of Inception Mean? 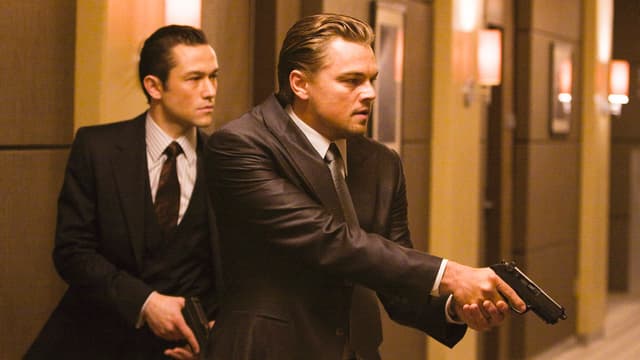 Cobb says in the movie that he believes his wife committed suicide because they had lived their entire life together in a dream world and when they finally woke up, she refused to confront reality and continued to believe they were dreaming. With the hope of finally seeing their children again, she jumped out the window and perished. Each character has a special object, or totem, that they use to discern between reality and dreams. Cobb’s totem is a spinning top that keeps spinning when they are dreaming but falls off when they are awake. Cobb finally sees his two children in the movie’s climactic climax, and in the closing frame, he spins the top. It cuts to black before we learn whether or not it slipped off, leaving us to wonder if he is still dreaming or has returned to reality.

As the authorities suspect Cobb of killing his wife, we learn in the movie that he is on the run and hasn’t seen his kids in a while. The most heartbreaking revelation is that he is unable to see their faces, not even while he is dreaming. He agrees to the assignment because if he completes it successfully, his criminal charges will be dropped and he would be free to rejoin his family.

It is frequently stated that in order to finish an arc, one needs to provide answers to two questions when creating a script and developing the characters. In what ways does the character need and want things? The need speaks to the real tale of the movie and the message it wishes to get over, whereas the want gives the storyline its motivation. Cobb longs to get back together with his family in Inception. But what he truly needs to do is face his history and realise that it was not his fault that his wife passed away.

Is Leonardo’s Character Cobb Still in A Dream at The End of Inception?

His story will be over once he realises that fact, at which point he can continue. He receives what he wants, which is to see his kids once more, when he satisfies his need. And we find out in the movie’s climactic scenes that it doesn’t even matter if he runs across them again in his nightmares or in real life. Because of the shame he felt, he was unable to see their faces in his dreams, but once that guilt is gone, he is able to see them again. Whether it also occurs in reality is unimportant.

An open ending in a movie seems to be the ultimate paradox because, if one is left unanswered, the story hasn’t really been told by the director. Right? Humans are accustomed to only two outcomes: either something occurs or it does not. So when the Inception credits rolled, the audience’s natural response was to ask, “So what really happened?”

An open ending is an oxymoron, which is when two opposing terms are combined to create a new meaning. Open endings are typically answers in and of themselves; by leaving the audience to wonder whether the spin top would fall or not, Nolan is actually implying that it doesn’t matter. The fact that he is back with his kids is crucial.

Does Cobb End up In Reality?

Cobb may therefore be in a dream or he may be awake, but we will never know. But neither should we, as viewers, since all we want to see is the character finish his arc and meet his desires. Everything else becomes meaningless after that.

What Is the True Ending and Meaning of Inception?

Cobb ends up in his own reality, just as we were poking fun of him.

Whether or whether he is awake in the reality of the rest of the world is unimportant to the plot of the film. He achieved his goal of being reunited with his children. Because his mind is clear of regret and remorse, he is now creating his own world.

In a speech to the Princeton University class of 2015, director Christopher Nolan explained why the film’s ambiguous ending resonates with us so much:

Is Riot Racing the same as Podracing in The Bad Batch?

Where was the movie Mission Majnu Filmed?

Why Does Derek Make the Ultimate Sacrifice at The Conclusion of Teen Wolf?

The Narvik Ending – How Does Gunnar Get Back to His Wife?

Missing (2023) Finale Explanation – How Does June Locate Her Mother?