Spoilers are included in this review of the Netflix anime anthology Junji Ito Maniac: Japanese Tales of the Macabre’s Season 1 Episode 7, “Tomb Town.”

The seventh episode of Junji Ito Mania abandons the dual-story format in favour of a more thorough and in-depth translation of Street of Gravestones (or Gravetown) from The Circus Is Here. With another great main theme and some unappealing visuals, it tells a story about the tangible expression of guilt, wrongdoing, and self-serving attempts to cover up such things. 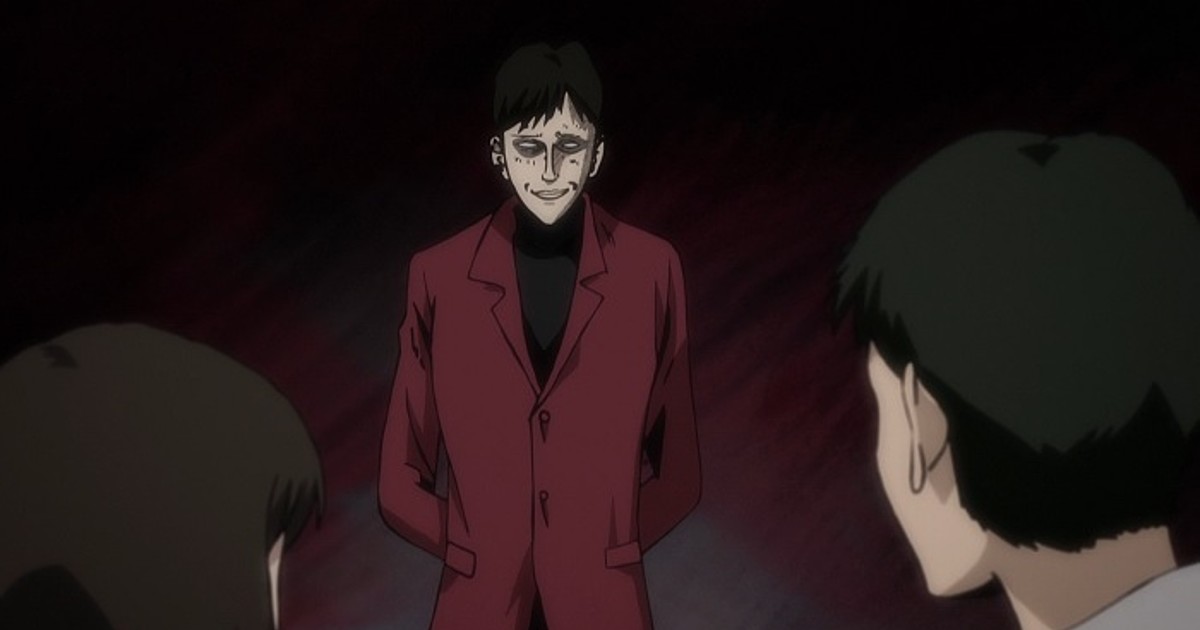 Tsuyoshi and Kaoru, the story’s two main characters, are heading to stay with their friend Izumi. But on the way there, they kill a young girl by running her over, conceal the body in the trunk, and then look for a covert way to get rid of it.

However, this is impossible since the town where they are staying is covered in tombstones, which, as we learn, appear whenever a resident of the town passes away. And it’s not only people; even animals have individual grave markers. Obviously, being unable to pass through a wall of tombstones is a metaphor for refusing to face the consequences of one’s deeds, but the episode imagines this as a real location and takes the story’s gimmick into account from a logistical perspective.

For instance, we observe how the residents of the town attempt to balance approaching fatalities with regard to available space. When someone passes away, their headstone appears there, and since the area is already littered with tombstones, there needs to be some thought given to transferring the dying prior to their passing. It’s gloomy because you can kind of perfectly imagine how it might occur.

The plot twist is that Ayumi, Izumi’s younger sister, was the victim of Tsuyoshi and Kaoru’s murders. Her body is still within the trunk, where it is likely waiting to change into a tombstone at any time and reveal the murder. However, if the body is disturbed, the corpse enters a state of metamorphosis and must be thrown into a special well that was dug for this exact purpose.

Also Read: Is There a Quiet Place on Netflix?

This is where Tsuyoshi and Kaoru attempt to dump Ayumi, setting off a chain of unfortunate events that have a very grim conclusion. In this instance, the programme gains from allowing a tale to expand and breathe, and it’s simple to wish more episodes were devoted to just one subject.

Only on Netflix is it possible to see the anime anthology Junji Ito Maniac: Japanese Tales of the Macabre Season 1 Episode 7, “Tomb Town

Where was the movie Mission Majnu Filmed?