Swordsmith Village Arc, according to certain anime news leakers, will be released in the second half of 2023. It’s important to remember that this is unconfirmed hearsay. (Check out the Demon Slay Season 3 release date estimates below for additional information.)

The seiyuu (voice actors) of Demon Slayer: Swordsmith Village Arc is expected to appear at an event and release new information. Demon Slayer 2022 – Anime 3rd Anniversary Celebrations in Chiba, Japan, on April 16 and 17, 2022, is expected to be the venue for an announcement of this kind.

A unique event concentrated on entertainment districts on the first day, while Mugen Train Arc took center stage on the second one. Season 3 of Demon Slayer might be revealed as early as tomorrow, if not before then.

Each arc’s Hashira seiyuus will join the Japanese cast for a special stage event. They’ll do a one-of-a-kind live reading of an original narrative, as well as a live dubbing. Those who only speak English may still participate in the event since there will be live English subtitles.

In The Third Season of Demon Slayer, What Storyline Is The Show Adopting From?

The Swordsmith Village Arc concludes with the third season of Demon Slayer. We won’t reveal anything about the source material, so don’t worry. However, we think it will cover chapters 100-127 of the manga. In the past, Entertainment District Arc lasted from 70 to 99, therefore this season is likely to be a 12-episode season, with some room for error.

Tanjiro should visit the Swordsmith Village to get a new sword unless anything unexpected happens. The good fortune of the community is that it has an antique weapon. It’s not all that simple, though, the narrative involves the Love and Mist Hashiras, as well as a few demons.

On a more general note, the conclusion of the Entertainment District also gave us a hint as to what the show’s future holds. Tengen has been taken off the board, yet he is still alive and well. He advised Iguro that Tanjiro would be a good choice to take Hashira’s position as the most probable successor. The Demon Slayers may finally strike back against Muzan Kibutsuji from there.

If you can’t make it to a Demon Slayer live event, an archive of the festival’s film will be made accessible thereafter.

The Cast of Demon Slayer Season 3:

Which characters and demons have been added recently?
For the Swordsmith Village story arc, Natsuki Hanae, Hiro Shimono, Yosuke Matsuoka, and Akari Kitou will all be returning as members of the cast. 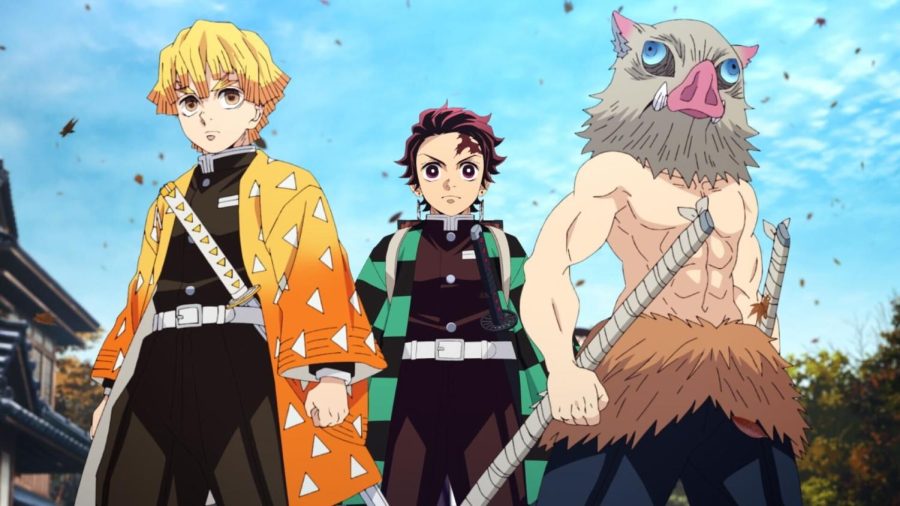 Mist Hashira Muichiro Tokito and Love Hashira Mitsuri Kanoji join them in this new episode of “Hahira.” Expect to see more of the Hashiras and members of the Twelve Upper Moons/Twelve Kibuki in future seasons.

The film will be directed by Haruo Satozaki, with Akira Matsushima serving as the character designer.

An Official Confirmation and Release Date for Kimetsu No Yaiba Demon Slayer Season 3 Has Been Made.